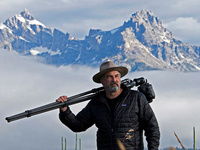 The Sam Houston Memorial Museum is hosting The National Parks Photography Project.  Centered around the centennial anniversary of America's National Park Service in 2016, the exhibit celebrates the important role that the visual image has played in the history and creation of our national parks.  The core of this exhibit is the timeless black and white photography of American photographer Mark Burns.  These modern photographs were taken at all fifty-nine national parks.  The exhibit can be viewed during Museum hours:  Tues. through Sat. 9:00 a.m. to 4:30 p.m. and Sunday noon to 4:30 p.m.  Closed Monday.