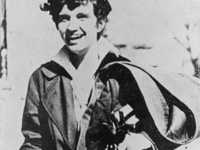 Exhibit- Citizen's at Last: The Women's Suffrage Movement in Texas

The ratification of the Nineteenth Amendment in 1920 ended the woman suffrage movement and represented a great victory for American women in their quest for the right to vote as U.S. citizens. Texas was the first state in the South to ratify the Nineteenth Amendment, a landmark moment for all who took place in the struggle for representation. “Citizens at Last” focuses on the twenty-seven-year campaign for woman suffrage in Texas with panel topics covering the national beginnings of the movement, early Texas leaders, anti-suffrage sentiments, efforts to amend the Texas Constitution, primary suffrage, and, finally, the ratification of the Nineteenth Amendment.

Based on the book Citizens at Last: The Woman Suffrage Movement in Texas and on an earlier exhibition of the same name by the Woman's Collection at Texas Woman's University Library, the exhibition uses archival photographs, newspaper clippings, cartoons, cards and texts to illustrate the struggle for woman suffrage in Texas.

The exhibition will be available to the public from June 8 to August 8, 2021 in the exhibit gallery at the Katy & E. Don Walker, Sr. Education Center, a part of the Sam Houston Memorial Museum Complex in Huntsville, Texas.  Exhibit gallery hours are Tuesday-Saturday 9 a.m. to 4:30 p.m. and Sunday noon to 4:30 p.m.  For more information, contact the museum at 936.294.1832 or visit samhoustonmemorialmuseum.com.

This event content is powered by Localist Event Calendar Software.